A village called Othiyamalai is located near Nedunkeni in Ottusuttan Divisional Division of Mullaitivu District. Sinhalese convicts and their families who had been convicted of crimes in areas where the Tamil people had been living for a long time were being settled by the Sinhalese government with military protection. In that way they were settled in Othiyamalai area after places like Kenbam and Dollarbam.

In 1984, the curfew was in effect from the 29th of Karthikai to the 2nd of March. On the 1st day of Margazhi month, the soldiers who came from Sodiya through Othiyamalai Katukarai surrounded the village of Othiyamalai. When people opened the doors of their houses in the early hours of the morning, soldiers in green clothes and weapons stood by. "We are going to hold a meeting in the building of the development association, just buy the amps," the army said in fluent Tamil and arrested more than thirty men, took them inside the building of the village development association, tortured them, shot and killed them. When the army went there, twenty-seven of those arrested were found brutally murdered and lying in the hall. 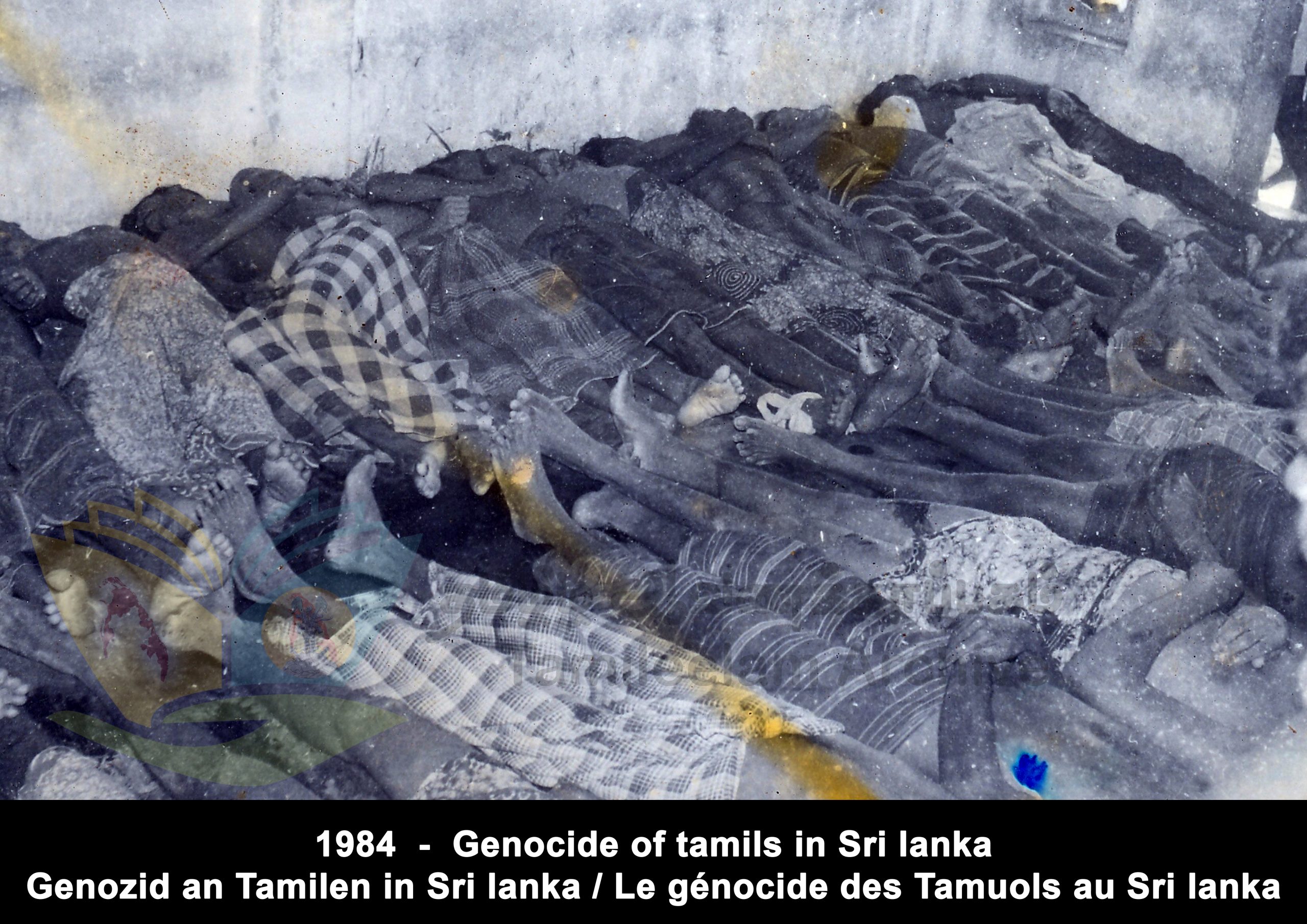 Many of the dead were married and living with families. Many of them are old people, some of them have come to Othiyamala from Bali, Bali in Kilinochchi district for field work. Others had come from the neighboring village of Pattikudiriru for a relative's marriage. Following this incident carried out by the army, the villagers of Othiyamalai shifted and took shelter in schools and temples in Mullaithivi.

"On that day at 6.30 am, the Sri Lankan army entered our village, surrounded our village from all four sides, grabbed all the villagers they could see, took off their coats, tied their hands behind their backs and brought them to Othiyamalai pool. At that time, they intercepted the plowing machine of Selvarasa who was passing by the road and took the people from it to the village development association building. Moments later screams were heard followed by gunshots. Also, among the favourites, they took Ganapathipillai, Ponnambalam, Chinnaiah, Kanakaiah and Ganapathipillai to their farm on a plow machine belonging to one of my relatives, seeing them as elderly.

I had gone to the forest after knowing that the army had arrived, and when I ran into the building of the village development association, I saw that three or four people had been stopped and twenty-seven people had been shot and killed. When I looked, I saw that some of the dead had died asking for water. Then we left those with different legs and different heads on both sides of the building and ran from there on foot towards Mullaithivu. At that time, despite the restrictions imposed by the army and the curfew, we made a great effort to bring the president, police officers, judges, assistant president, village servants and show them the incident. 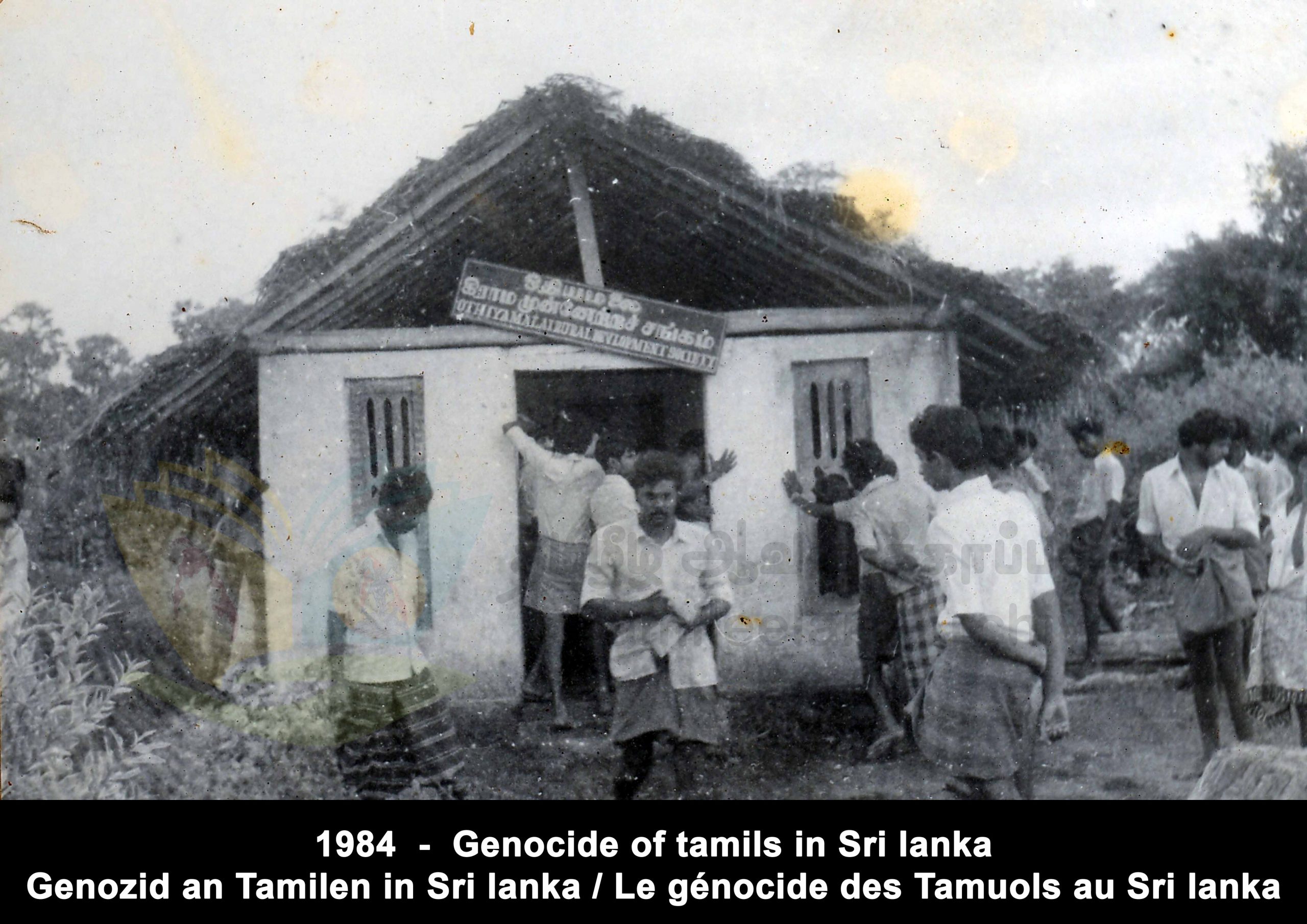 They were horrified to see the spectacle of the eyes, ears, and brains of the dead being thrown out while their hands were tied. Then we put big trees in front of the village development association together with the entire village and set them on fire. After that, while we were crying and lamenting over our dead relatives, we heard that the soldiers from Mullaitivu, Ceylon Theater, Dolarbam and Kenbam were coming towards Othiyamala and we all came to Nedungeni for safety.”

Note:- The name details of all those affected in this incident could not be obtained.