May and June 1981 witnessed turbulent political conditions in the Northeast. The reason for this is that preparations were made to hold elections for District Development Councils in the North-East on the fourth day of June 1981. Lobbying meetings, lobbying and policy briefing meetings in connection with this election

Here and there, there were serious incidents. Tamil Liberation Alliance, United Nations Party, Sri Lanka Freedom Party and other independent groups were involved in these election campaign meetings. To boycott this election, the Youth Council Liberation Team, which consists of radical youths like Umaikumaran, Umaikumaran (Alawetti), and the Tamil Eelam Liberation Team, led by the late medical scholar Dr. Dharmalingam, the late journalist Kowai Mahesan, and the member of parliament Eezhaventhan, joined together and actively engaged in lobbying.

In this case, the United Nations party headquarters sent a high-level ministerial team to Jaffna. In this group, which was sent by the JR government with an insidious purpose, Mahavali Development Minister Kamini Dissanayaka, Minister of Science and Industry Cyril Mathew along with some deputy ministers came to Jaffna and stayed at Jaffna Subas Inn. Along with them, specially trained guards were also added from all over Jaffna city. The three forces were widely stationed all over the city of Jaffna. A larger number of Sinhalese thugs and quails than these were brought from South Lanka and lodged in Jaffna Duraiappa Stadium. They were kept in perfect readiness to set fire to the city of Jaffna. 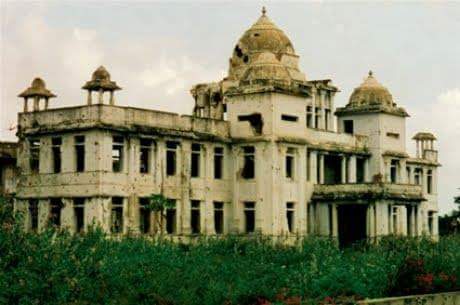 Thus, when the city of Jaffna was at a boiling point, on the thirty-first day of May 1981, in front of the Jaffna Vannarpannai Nachimar Temple, the then Jaffna Municipal Council Major Mr. An election campaign meeting of the Tamil Liberation Alliance was held under the leadership of Raza Viswanathan. In this lobbying meeting, the leaders of the alliance addressed the liberation of Tamils. While he was talking like that, he suddenly heard an explosion. A Sinhalese guard was killed in firing by unidentified assailants. Another Sinhalese guard was injured. Kanakasundaram, a Tamil police officer, was also injured. The injured guard fired a gun in the air. The people scattered in all directions.

Following this, the Sinhalese policemen from the Jaffna police station who came to the place set fire to the Nachimar temple. People standing around the temple were attacked. Devotees standing inside the temple were attacked by the guards. Many were seriously injured. The idols inside the temple and the vehicles of Swami Ka were also attacked. A wing of the vehicle was broken. The neck of Nandi vehicle was cut. Chariots and chariots erected outside the temple were set on fire. Houses, shops and fences around the Nachimar temple were burnt. The peaceful temple surroundings were seen as a single zone of smoke. After this, the Sri Lankan guards entered Jaffna city and set fire to Jaffna city. Shops on the eastern side of the Jaffna bus station were broken into, looted and set on fire. Jaffna's old market building, carpet shops and grocery stores were set on fire. Madhupanaka in Jaffna city; Shops were broken and Sinhalese guards and thugs who had drunk alcohol set fire to the city; They were also rude. 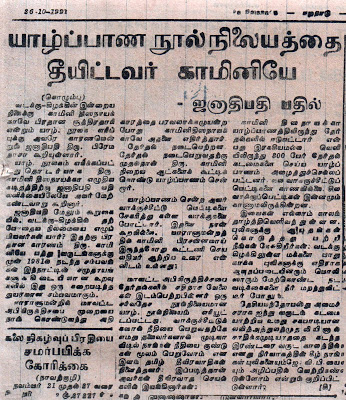 Sri Lanka was given universal suffrage in 1931 on the recommendation of the Donamoor Committee. In 1981, the United Nations Party government celebrated the golden jubilee of 50 years since universal suffrage was granted to Sri Lanka. All six ballot boxes in Jaffna district were vandalized by ministers belonging to the same UN party, a non-partisan election monitoring group said. 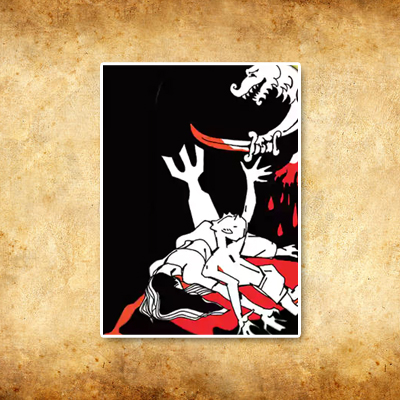